The nucleus is the power house of the cell and is located at the very center of the cell. It contains most of the cells hereditary information and its DNA, this is also where RNA is copied from DNA. RNA is where the synthesis of proteins is directed, the process that occurs within the cytosol. RNA travels from the nucleus to the cytosol by passing through the nuclear pores, which are small holes in the nuclear envelope that which surrounds the nucleus. Inside the nucleus is also a Nucleolus. This is where ribosomes are made and synthesized in the cell. The function of the nucleus is to control many of the functions of other organelles within the cell. The nucleus controls many of the functions with in a cell. Each cell has a nucleus and nucleolus.
http://media-3.web.britannica.com/eb-media/32/121032-004-DAFDE831.jpg
http://wiki.faithlutheranlv.org/groups/carmanbio/wiki/404c5/images/a58bd.jpg 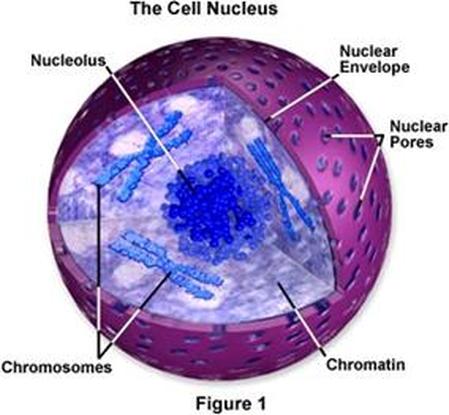