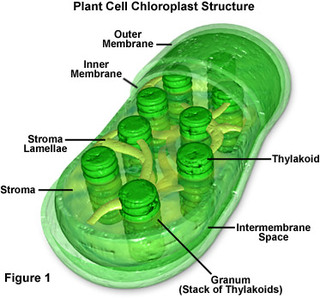 Chloroplast are organelles that contain chlorophyll that trap sunlight for energy. Chloroplast contains large amounts of green pigment that gives leaves their green color. A chloroplast had two membranes and inner and outer membrane that which contain DNA. In each chloroplast is a membranous sac called thylakoid.  Inside the thylakoid  is where photosynthesis takes place and the energy is converted. Photosynthesis is the process in which plants convert energy from sunlight into chemical energy for food. Only plant cells contain chloroplast, meaning only animal cells can make their own food, meaning only plants contain chloroplast.
http://micro.magnet.fsu.edu/cells/chloroplasts/images/chloroplastsfigure1.jpg
http://newsroom.stemcells.wisc.edu/stemcells/images/media/Zhang_neural_stem_cells04.jpg 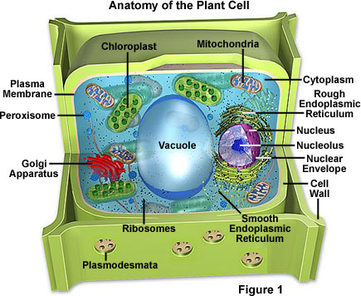