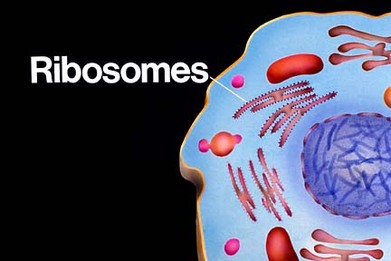 Unlike most of the other organelles, ribosomes aren't surrounded by a membrane. Each ribosome is composed of two organic compounds-proteins and RNA. Inside of the cell nucleus the proteins and RNA are com-packed together into ribosome's, which from there are then transferred to the cytosol. Some ribosome's continue to be free within the cytosol while others are attacked to an organelle called the endoplasmic reticulum. Ribosome's are need for the synthesis of proteins. Proteins that are used in the cytosol are produced on the ribosome's that remain free within the cytosol where as the proteins that are to be inserted into membranes or exported from the cell are produced from the ribosome's that are attacked to the endoplasmic reticulum.
http://kafafa.com/staceykatelyn/user/ribosomes.jpg
http://image.shutterstock.com/display_pic_with_logo/59783/59783,1215649969,1/stock-photo-a-d-illustration-of-some-blue-cells-this-image-tiles-seamlessly-as-a-pattern-in-any-direction-14713603.jpg 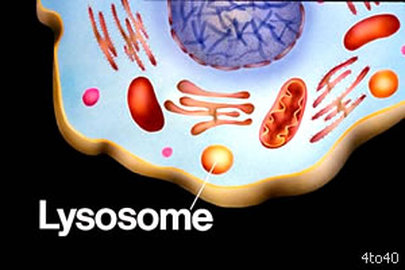 Lysosomes are small organelles that enclose hydrolytic enzymes within single membranes. These enzymes can digest proteins, carbohydrates, lipids, DNA, and RNA.  They can also digest old organelles as well as viruses and bacteria that have been taken in by the cell. Their main purpose in the cell is to digest nutrients and old organelles that are going to be recycled.
http://www.4to40.com/images/science/Lysosomes_Function/Lysosomes_Function.jpg